The University of Leicester invited artists to take part in its British Science Week through the Brief Encounters initiative, hosting 8 Mini Science/Art Residencies. I was paired with Dr Kim Page whose research looked at recording observations of incredible explosions (gamma ray bursts) and their afterglow. It is these explosions that left a trace deposit of gold through meteorites that collided with earth when it was forming.
I used the solar plate printmaking method that uses UV radiation to capture images, as essentially this is the same principal the detectors use to record data. The satellite (Swift) is able to respond to GRB events by positioning itself to point at the source, it does this several times for the afterglow duration. I also used an instrumentation plate made for Swift and have used it to create an emboss to mimic the satellite shifts. Taking the data collected over the afterglow period (around 7 days) from the event, solar plate prints have been used to express this data. The X-ray data print is a very dense image with even the faintest afterglow being registered. The UV data print uses the ‘white’ band of UV/Optical wavelengths recorded – closest to what the naked eye would see through a telescope if it were pointed at the event.
Gold pigment has been used in the embossing to reflect the element on earth that is a tangible connection between human civilisations and these spectacular events of the early cosmos.
Ultraviolet Afterglow and X-ray afterglow are a limited edition (V.E.) of 10 prints. two of the Ultraviloet Afterglow are held in private collections, and one X-ray Afterglow print is on loan to the LRI Odames Library, and is on public display there.
The Brief Encounters initiative is led by Professor Turi King at the University of Leicester and was hosted during British Science Week 2018. 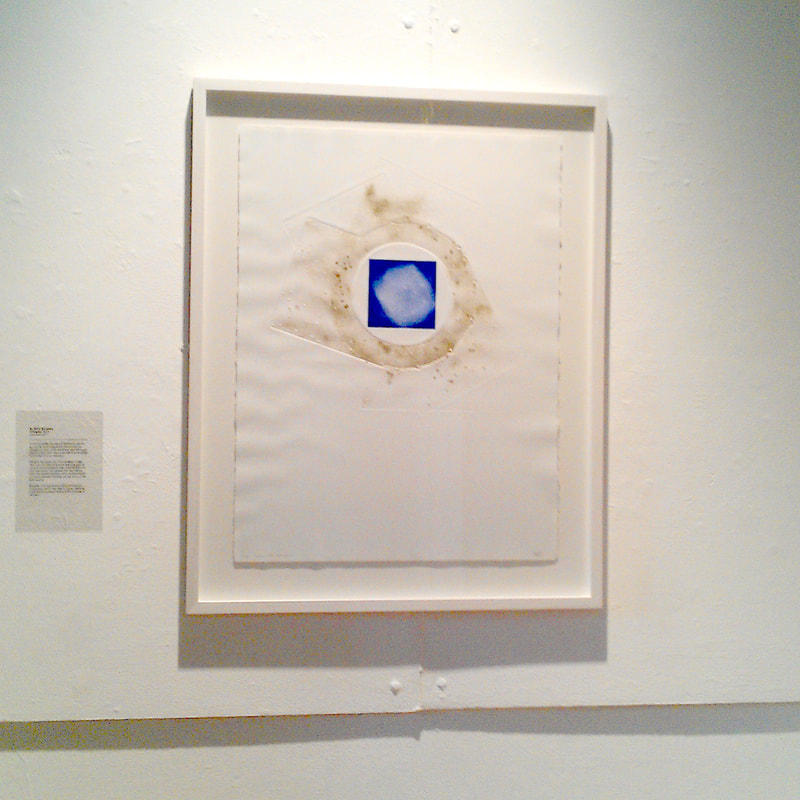 Ultraviolet Afterglow (V.E. 2/10 )exhibited at the South Hill Park Mirror Gallery, as part of the 'To the Moon and back' exhibition May 2019. (now in private collection)