LIVE PERFORMANCE AND PARTICIPATORY POETRY
The work is based on a poem composed by a practising Buddhist monk who shared the poem with me after we had discussed  ‘Sleep Walks’ (work I had made which was inspired by leaves falling in autumn and decaying in winter). The monk's poem was similarly inspired whilst he had been in seclusion in the forest and was struck  by the fallen leaves covering the forest floor. His poem 'Leaves' presents the idea that all forms are in continual flux, and what we experience as beginnings and endings are a continual process of which we are also a part.
To honour the poem I printed it using the letterpress technique, a painstaking process which begins by breaking down the poem into its constituent parts; verses, lines, words, spaces. The process requires a focus and attention to small details which embody a meditative act.
The original print was displayed in the exhibition, with a set of instructions for visitors, inviting them to cut up the existing print on display and create a new form of the poem. Once they have created the new form, they are asked to display it in place of the previous version on display. Thus embodying the spirit of the poem. The process makes us question the idea of authorship and ownership, of attachment and detachment, The (art)work being created having a life of its own beyond the maker's involvement. These are ideas present both in Fluxus art practices and Buddhist philosophies.
As part of the work, a live art performance was presented to visitors, where I cut up the original letterpress print (a limited edition of 9 prints). The live act was performed in silence, taking as much care and attention in the task as was taken when creating the print. Once the print was cut up, the audience were invited to create their own poems from the cut-up fragments. The act asks us to think about the things we consume and then dispose of, and how we can do so in a way that material is re-used or re-purposed, imitating the efficiency of nature
images below  from the ReForm exhibition and live art event  at Leicester Print Workshop  November 2019 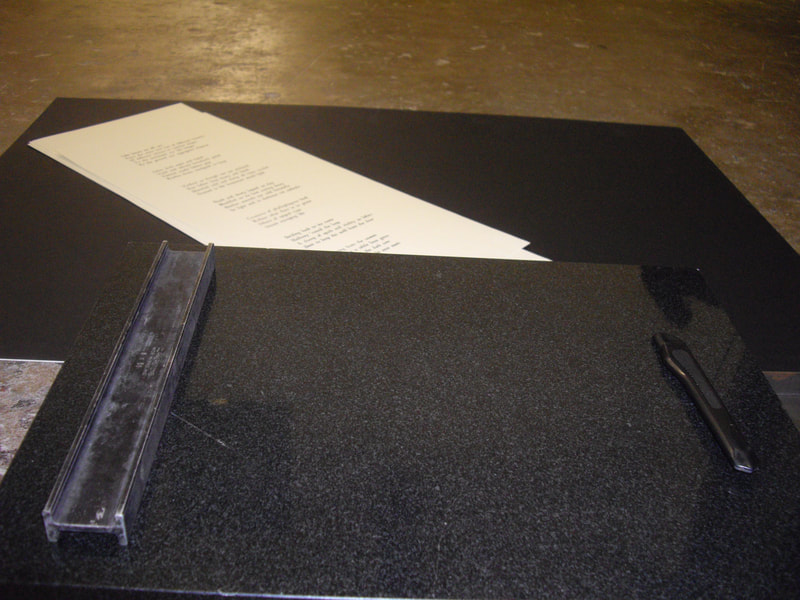 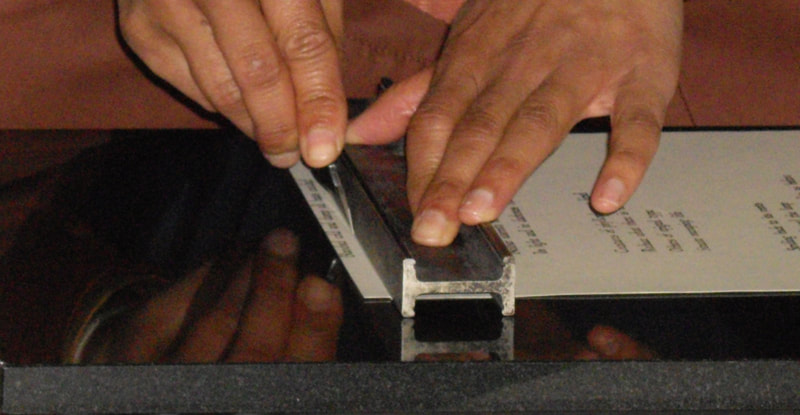 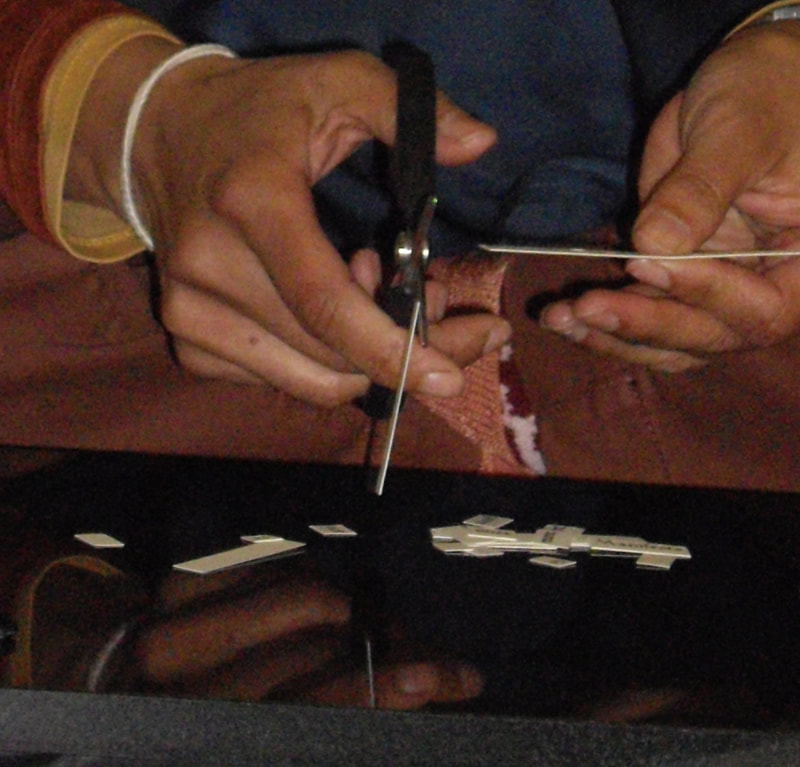 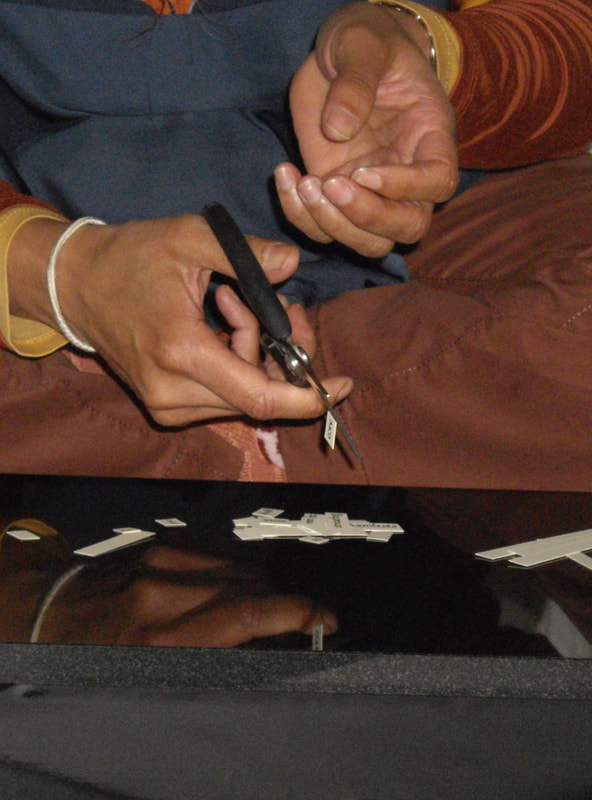